That time my pediatrician lied to “do no harm”  — Mickey Z. 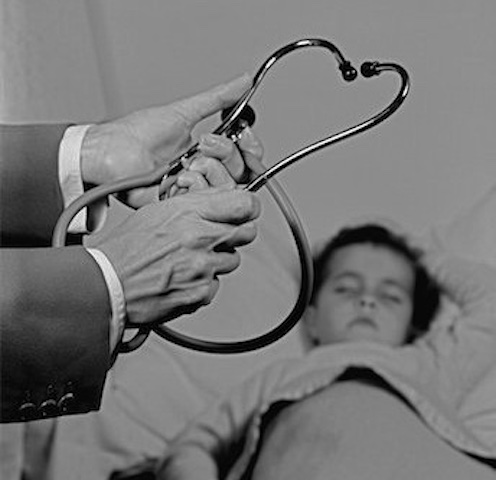 Once upon a time, I had a pediatrician who made house calls — complete with a little black bag. Dr. Harris practically became part of the family after my older sister was born. This was an age when doctors really got to know their patients. They also weren’t in a hurry to prescribe meds or suggest surgeries. Sometimes, they’d even go out on a limb and make moves that would be unimaginable today. Here’s a story about one of those moments.

After being told she’d never have a second child, my mother was bedridden for much of her pregnancy with me. But there I was, nine months later: a happy and healthy baby, already proving that the medical establishment was full of shit. However, what no one but Dr. Harris knew was that I was born with what they used to call a “heart murmur.” Today, it’s Mitral Valve Prolapse (MVP) — typically not a condition that warrants much attention.

Back in the day, however, a murmur could’ve caused my parents to baby me even more than they already did. Dr. Harris sagely recognized this likelihood and did something incredible. He didn’t tell anyone. He worried that if he reported the condition, my parents would be over-protective and prevent me from being an active boy. He secretly monitored my heart during every visit to be on the safe side. Translation: If not for Dr. Harris, I never would’ve become an athlete which helped me become popular and confident (as described here). I also wouldn’t have gotten into martial arts and fitness and all the other activities that enriched my life and kept me youthful. Who knows what I’d look and feel like today if not for him? I owe that man, big time. 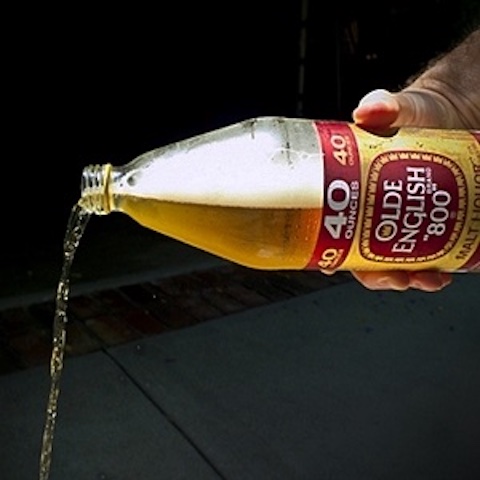 To cover his tracks, Dr. Harris had a plan. When my parents eventually decided to stop bringing me to a pediatrician, he’d contact my new doctor to explain the situation. At that point, the new guy could just keep monitoring the MVP. However, my parents brought me to their doctor without telling Dr. Harris beforehand. During my first check-up, the new guy heard the tell-tale click. Confused, he explained what it meant to my parents — saying that most people are born with a heart murmur. He couldn’t understand how Dr. Harris could’ve possibly missed it. This caused my mother to panic. She called Dr. Harris and he promptly confessed. What happened next may also be impossible today.

My parents were okay with it. My mother admitted that Dr. Harris saved me from being forbidden to play sports and hang out with my hooligan buddies. The new doctor ran me through a battery of tests to “play it safe.” I remember him having the gall to ask me if I could do a push-up. With my parents in the room, a very insulted 12-year-old me hopped off the doctor’s plinth and onto the floor. He stopped me at 20 but I did another 10 to make sure Mr. Expert got the message. 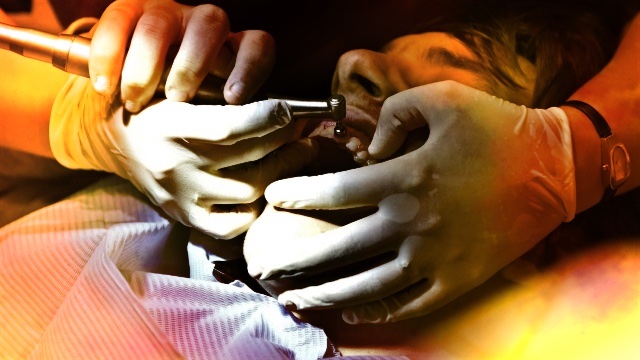 As the years passed, I literally forgot I had MVP until a new primary care physician of mine heard the click and tried to lay down a restriction. When I went for dental work, he declared, I needed to be medicated before and after the procedure. It’s called antibiotic prophylaxis and here’s the “logic”: If my gums bleed and I swallow some of the blood, there’s a slight chance it could cause an infection in my heart (endocarditis) because of the MVP.

By that point, my mother had also been diagnosed with MVP (I likely inherited it from her) and was doing antibiotic prophylaxis for her dental visits. She begged me to comply, too. Being a good Catholic son, I did… once. They had you take about eight antibiotic pills before treatment and then another four pills a few hours later. I don’t know if any of you has ever taken that many antibiotics in a 6-hour time period, but it makes you feel high, and then it makes you feel like shit. Not to mention, there’s all the damage the drugs can do to your intestinal flora. Still, the fear of endocarditis was being imposed upon me. Just look around right now if you wanna confirm what medical fear-programming looks and feels like. 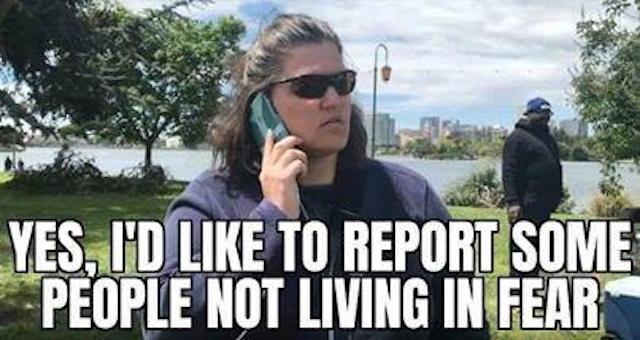 I asked my dentist why I needed to take these meds when I was fully healthy and never displayed any heart-related symptoms. He just chalked it up to “protocol.” Then I asked him why it was okay for my gums to bleed each night when I flossed. He did not have an answer. He just made a joke about me being the only patient to ever question this protocol. These being the pre-internet days, I found some books at the library. In no time, I learned it was just a legal thing. Dentists and doctors were covering their asses when, in reality, there was NO need for antibiotic prophylaxis. If anything, as I surmised, the potential negative impacts far outweighed any benefits.

I photocopied some pages from a book and brought them to my dentist. He took one glance and sighed. “I know, but I have to follow the rules. It’s required that I prescribe you the pills and ask you if you took them.” We stared at each other for about 10 seconds and I think we both knew exactly what would happen next. From then on, every time I’d come in for a cleaning, he’d ask: “Did you medicate?” I would nod yes and everything moved forward. Meanwhile, I told my Mom I was still taking the pills. I didn’t like lying to her but I did so for her own protection. It’s a little trick I learned from Dr. Harris.

Until the laws are changed or the power runs out, Mickey Z. can be found here. He is also the founder of Helping Homeless Women - NYC, offering direct relief to women on New York City streets. To help him grow this project, CLICK HERE and donate right now. And please spread the word!

(The views expressed in this article are those of the author and do not necessarily reflect those of World News Trust.)