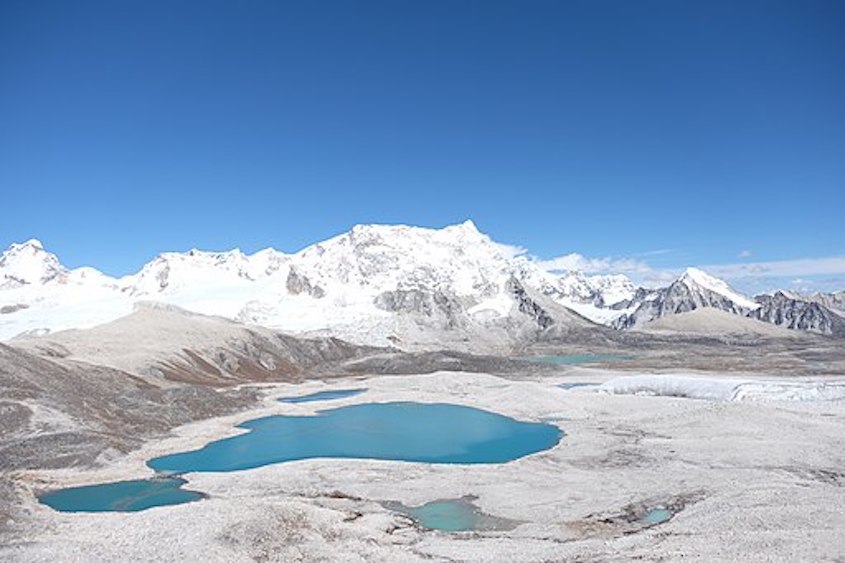 Gangkhar Puensum seen from Gophu La Pass; it is Bhutan's highest mountain at an elevation of 7,570 m (24,836 ft) and most likely the highest unclimbed mountain in the world. Image: Photo by Gradythebadger: Creative Commons

Every time YouTube suggests a video about something like the Marianas Trench, I get an authentic kick out of how little we humans know about the ocean. In a culture drowning in a phallocentric tsunami, so much of the planet has already been colonized, commodified, and corrupted. It’s no surprise that we don’t like to talk about those places that have managed to elude modern’s man penetrative predation.

There are hundreds or maybe thousands of unclimbed mountains on the planet (not counting, of course, underwater peaks). To the best of our mainstream knowledge, the highest of these unclimbed mountains is Gangkhar Puensum. The 24,836-foot “virgin” (yes, some call it that) is believed to be the 40th highest mountain on earth and it’s located in Bhutan — near its border with China. Attempts have been made to scale it, but in 1994 Bhutan banned the climbing of any mountain higher than 20,000 feet.

The reasons for this ban range from practical to philosophical, e.g:

Spiritual rationale aside, the ban ignores the obvious possibility that such mountains have been ascended many times by indigenous humans -- in an age long before viral videos or even “recorded” history. It might also willfully ignore the reality that man may not yet be able to conquer [sic] Gangkhar Puensum, thus the ban is more sour grapes than high standards.

In case anyone is wondering, the world’s highest unclimbed -- yet unbanned -- mountain is Pakistan’s 24,449-foot Muchu Chhish (a.k.a. Batura V). Located in the virtually inaccessible Batura Muztaghsub-range of the Karakoram, a few modern-day attempts to scale Muchu Chhish have failed.

Perhaps it’s time for Pakistan to institute its own ban -- you know, due to customs and all. Even as a microscopic virus brings human culture to its knees, we can’t let nature think it’s won anything, right?

Mickey Z. is the founder of Helping Homeless Women - NYC, offering direct relief to women on the streets of New York City -- before, during, and after the pandemic lockdown. To help him grow this project, CLICK HERE and make a donation right now. And please spread the word!